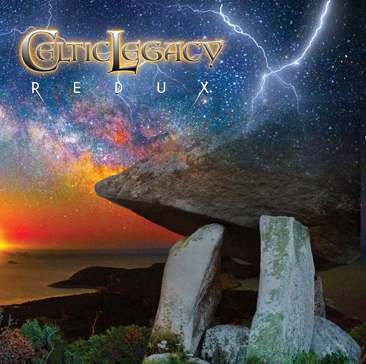 Redux is the 6th CD release from Celtic Legacy

A complete re-recording of the band’s 1998 debut, Redux is the culmination of nearly 4 years work and sees the return to the band of bassist, Dave Boylan and introduces John Bonham on vocals. With a vastly improved production sound, Redux updates established tracks and reinstates 2 songs that were omitted from the original 1998 release. Originally headed for a digital only release, thanks to a successful pre-order campaign with funding provided solely by the band’s fanbase, Redux will now also be released on CD with brand new artwork.

Guitarist Dave Morrissey explained the reasoning behind the album:
“I thought the first album was good enough for its time but I was never very happy with the finished product. We didn’t have the budget or the time to really do what we wanted. With recording technology advancing so far in recent years, the opportunity was there to give that album a fresh coat of paint. And we all decided that if we were going to do it, we were going to do it right and not cut corners. The songs may be a few years old but they’ve never sounded better than they do on this album.”

“Although the recording took longer than expected, largely due to Covid 19 restrictions, the extra time actually benefited the end product as we were able to really take as long as we needed to get it right. We were all on the same page from the start and the guys did a great job. I don’t think there has been a better sounding Celtic Legacy album than Redux.”

Celtic Legacy: Redux will be available in both digital and CD formats from October 31st 2022